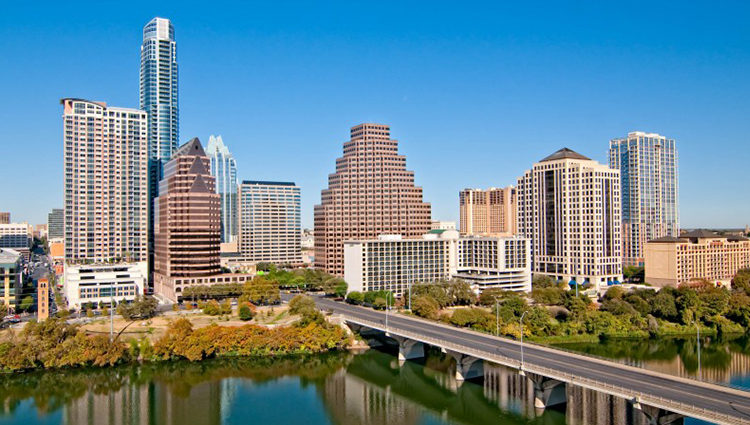 With its booming economy, vibrant culture scene, and affordable housing, folks are flocking to Austin, causing the city to grow at an unprecedented rate. Here are some reasons you should join in on the fun and move on down.

Austin is affordable. Though in recent years Austin’s cost of living has passed that of Houston, Dallas, and San Antonio, it’s still quite a bargain compared to cities in California and the East Coast. One reason for that is Austin’s relative population density: while Austin does have significant suburban sprawl to the north, and is beginning to spread in other directions as well, its suburbs have not exploded outward to the degree that those of Dallas, Houston, or San Antonio have. This means that while you’ll pay a bit more for housing than in those other cities, you’re sure to be much closer to the action—Austin is Texas’s premier city for urban living.

You’ll find a job. You’ll spot Austin on numerous economic top-ten lists, from growth to employment to salary. With some of the biggest and fastest-growing tech firms in the nation calling Austin home or moving sizeable offices there, the economy has been growing at a rapid pace. And with one of the world largest and most prestigious universities (the University of Texas) calling Downtown Austin home, the city is guaranteed to be a hot spot for the knowledge economy for the foreseeable future, meaning Austin has a firm grip on the 21stcentury. Oh, and Austin’s looking to diversify as well: recent developments like the construction of its new Formula One track (with its opening race this November) are aimed directly at making Austin a research center for automotive development.

Texas is awesome. Think about it like this: San Antonio is an hour south. Dallas is two-and-a-half hours north. Houston is three hours southeast. Each of these cities are some of the largest, wealthiest, and fastest-growing in the nation. Austin is in the center of a developing mega-region that is quickly becoming as important as those on the East or West Coasts. Oh, and don’t forget the vast Texas countryside that sprawls just outside the city. Texas Hill Country, located just west of Austin, features rolling hills, flower-filled prairies, scenic rivers and lakes, and a booming wine industry.

You’ll have fun. Despite having less than a million people in the city proper, Austin has built a world-renowned name for itself for its eclectic culture, most notably its music. The claim is that, per capita, Austin has the most live music venues in the world. A walk down Red River and Sixth Streets will quickly convince you of this statistic. Austinites like to have fun, whether it’s going to a show at Stubb’s, strolling down South Congress while tasting gourmet food trucks, paddle boarding on lazy Lady Bird Lake, or tossing them back on Sixth Street.

What You Should Know about Moving Services

Tips and Tricks on Preparing and Planning for a Move

Make online reservations. Book your next appointment online for our moving services.

Get a Free Quote!

We offer free quotes and are always willing to discuss clients individual requirements no matter how unique.